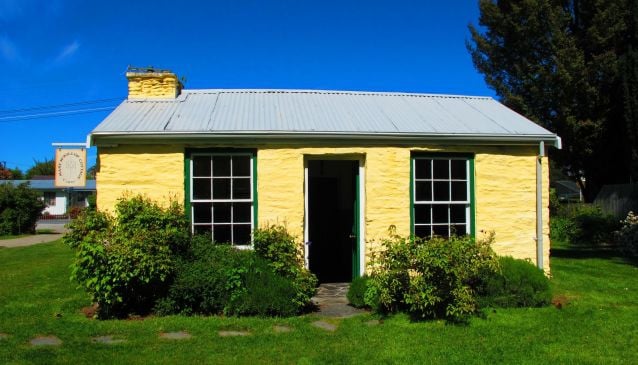 Explore a part of historic Arrowtown. Learn more about Catholic nun Mary MacKillop and the work she did in the area.

Located in the grounds of St Patrick's Church, the small yellow cottage now known as Mary MacKillop cottage was originally built as a miner's house around 1870. It was bought by the church and incorporated into the church school in 1882 and then in 1897, Sister Mary MacKillop had the cottage and some of the school converted to a convent for the Sisters of St Joseph of the Sacred Heart who worked in New Zealand and Australia.

After the sisters left, the building had many other uses, but it was restored in the 1990s and now explores the life and work of Mary MacKillop and the sisters who travelled with her. The sisters were particularly known for their work bringing education to rural areas and needy children.

The cottage restoration was finished in 1995 when Mary MacKillop was beatified by the Pope. She was later canonised as a Saint in 2010 after two miracles were attributed to her and is now also known as St Mary of the Cross.

Information panels around the cottage and grounds explain more about their work and the contribution the sisters made to the area.

The cottage and church grounds are a great place for quiet contemplation and make a peaceful detour during a stay in Arrowtown, reached easily on foot in around five minutes. Entry to the cottage is free.