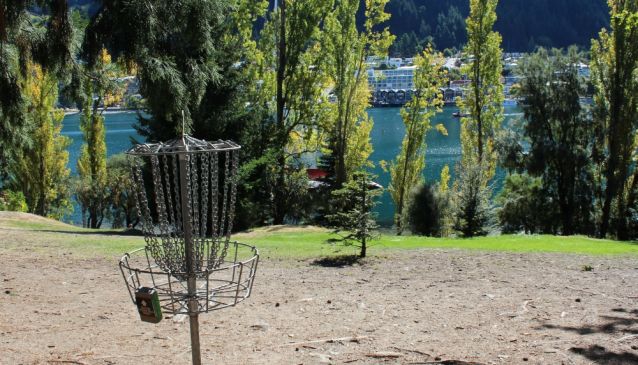 Enjoy a game of disc golf at a picturesque location in Queenstown. Play a round with friends or join a tournament for the chance to win a prize.

In 1995, a course was officially marked out in the Queenstown Gardens and since then it has grown to a fully marked 18-hole course complete with baskets and par scores for each hole.

Players are welcome to play a round on their own using discs, scorecards and maps, which can be hired at several local shops and the Queenstown Ice Arena during its open season.

The course runs anti-clockwise around the Gardens with around half the holes covering open areas and the other half being situated in the pine forest.

Players should remember to watch out for other users of the gardens and make sure they are not going to hit anyone with their disc.