New Zealand and the bungy jump go together like a hand and glove. It was in this land of deep-cut gorges and rugged canyons that the sport's pioneers first began casting themselves from the cliff edges and plummeting to the ground below, while today, from the adventure capital of Queenstown on the South Island, to the cityscape of Auckland on the northern Pacific coast, there are plenty bungy sites and swing operators just waiting to get the adrenaline flowing.

We've put together a selection of the country's seven best bungy spots, ranging from definitive descents through the canyons of Central Otago, to thrilling jumps in the geothermal landscape of Taupo and Rotorua.

Strewn between the rugged hills on the banks of the Nevis River, visitors to the Nevis Bungy and Swing in Queenstown are faced with the highest descent in all of New Zealand. With more than eight-and-a-half seconds of uninterrupted freefall and 134 metres of vertical line, it's clear why this one has become one of the country's most definitive adventure experiences.  Many guests opt to double up on the adrenaline with a post-bungy ride on the New Zealand Swing - the largest of its kind in the world - while others are content with their shaky hands, complimentary jumper's certificate and official bungy jumper t-shirt. 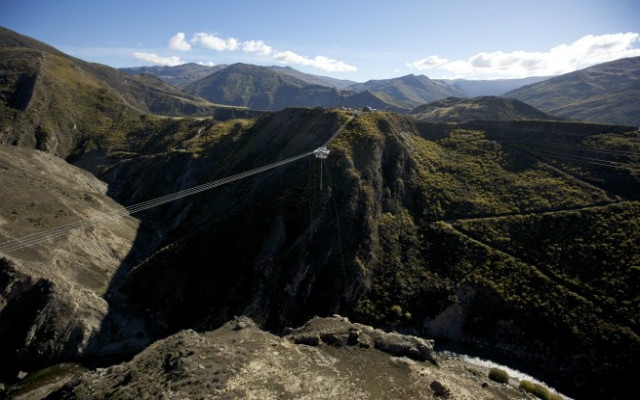 It was on the Kawarau Bridge Bungy just over 25 years ago adrenaline junkies and revered bungy pioneers, Henry van Asch and AJ Hackett, first began to plummet unsuspecting tourists into the depths of Queenstown's Kawarau Gorge.  Today, their site on the historic suspension bridge of the 1880s is hallowed ground for extreme sportsters the world over - representing the birthplace of the modern bungy craze and one of the most-coveted descents on the whole planet.  Jumpers can choose between classic single-man bungy, water-touching bungy and even tandem bungy for those who want to share in the exhilaration. 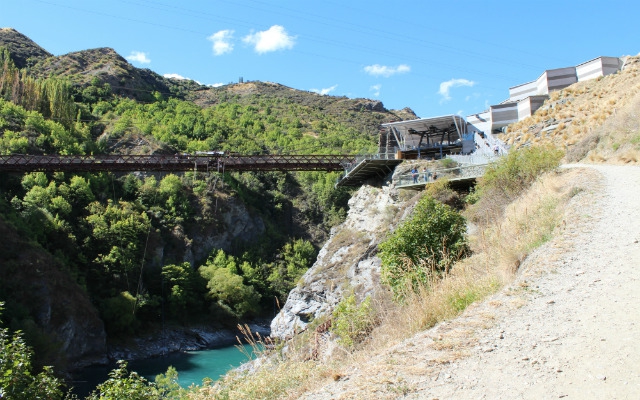 Perched tenuously over the skyline of Queenstown, with soaring views of Lake Wakatipu and the snowy Southern Alps in the distance, The Ledge Bungy & Swing unquestionably offers up one of the town's most dramatic descents. It's also one of the most dynamic spots for bungy in New Zealand, with bespoke harness designs that allow for some seriously creative twists and turns mid-air, and a whopping 400-metre gap between the ledge and the rooftops of the city.  What's more, in the winter visitors can choose to jump after-dark - plummeting through the Queenstown air against the towering mountain silhouettes of the 'Remarkables'. 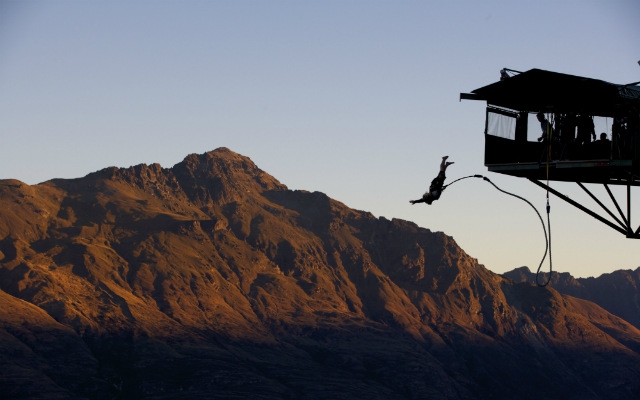 If you are looking for a bungy jump with a difference, the Shotover Canyon Swing may just be the thing.  Set more than 100-metres above the turquoise waters of the gushing Shotover River, this swing-style pendulum descent offers a totally different adrenaline rush.  Guests are harnessed in on the protruding platform before being cast from the side in a variety of different ways, crashing 60m into the heart of the canyon and then swinging sideways through the gorge.  Not only is it a great way to taste the heart-pumping rush of bungy, but it's also a fantastic introduction to the beautiful and rugged scenery of the Shotover Canyon, Queenstown style. 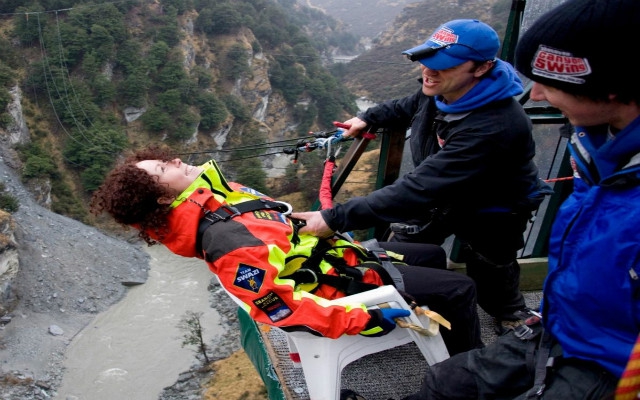 Now in the masterful hands of the aforementioned bungy guru, AJ Hackett, this 40-metre descent from the walkways of the Auckland Harbour Bridge has become a veritable staple of the city's adventure line up. Not only does the Auckland Bridge Climb & Bungy offer the only salt water, ocean touch in all of New Zealand, but it's the perfect way to catch panoramic views of the city's iconic Waitemata Harbour. 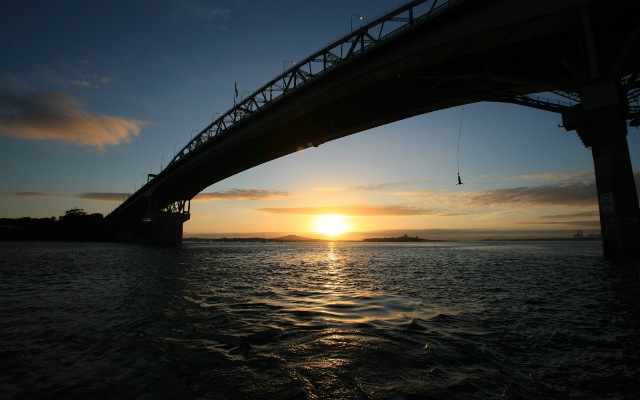 Harnesses and safety ropes abound at the Agroventures Adventure Park in Rotorua, while some seriously wallet-friendly prices and a less daunting location in a purpose-built facility in Paradise Valley have made this one a favourite choice among beginners and budget travellers alike. That said, don't come expecting a walk in the park either, because the descent still stands at a whopping 43 metres and this time it's North Island's hard ground staring back from the depths below. 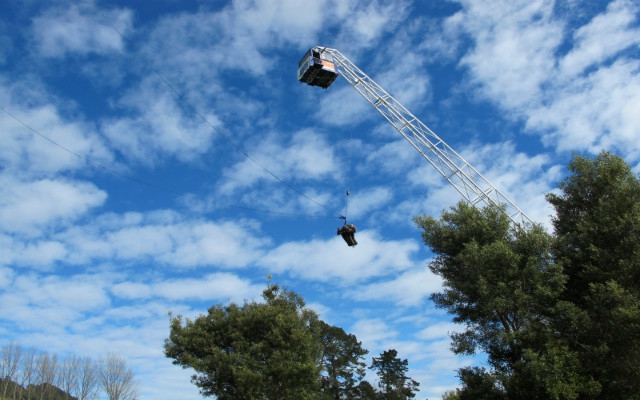 The folk at Taupo Bungy are the North Island masters of the water descent.  With a location just under 50 metres above the azure flow of the Waikato River, they are well practiced at calibrating their gear for every type of splash - from full body submersion to tip-of-the-finger taps. In addition, there's the opportunity to participate in tandem falls here, and the cliff-top platform is also suited for swing style descents right across the Waikato gorge. 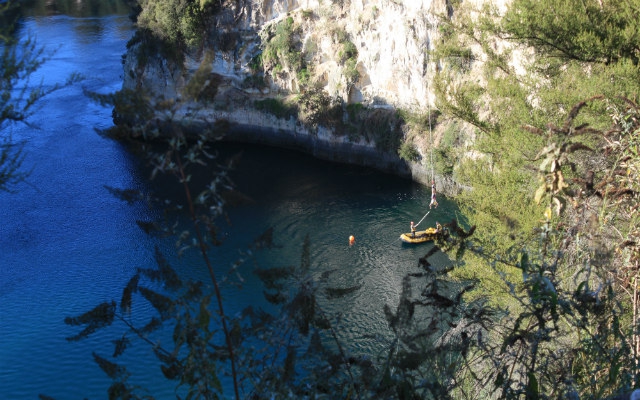