What's On in Queenstown

If you are a business in Queenstown and have an event to promote you can do it on My Guide Queenstown at no cost.

Submit an Event for FREE

Want to Run Your Own
My Guide Website?
Find Out More

Our guide to paragliding in Queenstown

Sitting in its enclave of rugged mountain peaks, verdant hillsides and nestled on the shores of Lake Wakatipu, Queenstown is home to one of the most dramatic settings of any destination in New Zealand.  With that in mind it's hardly surprising that the town is now hailed as one of the world's action and adventure capitals, offering more adrenaline pursuits and outdoorsy activities than you can shake a well-waxed ski at.

And while oodles of visitors continue to flock to the four season resort each year for a spot of hiking, a taste of world-class winter sports, to conquer that bucket-list bungy jump, or for the endless miles of biking trails that wind their way into the hills here, Queenstown has also established itself as a veritable mecca for one of the most rewarding adrenaline pursuit of them all: Paragliding. 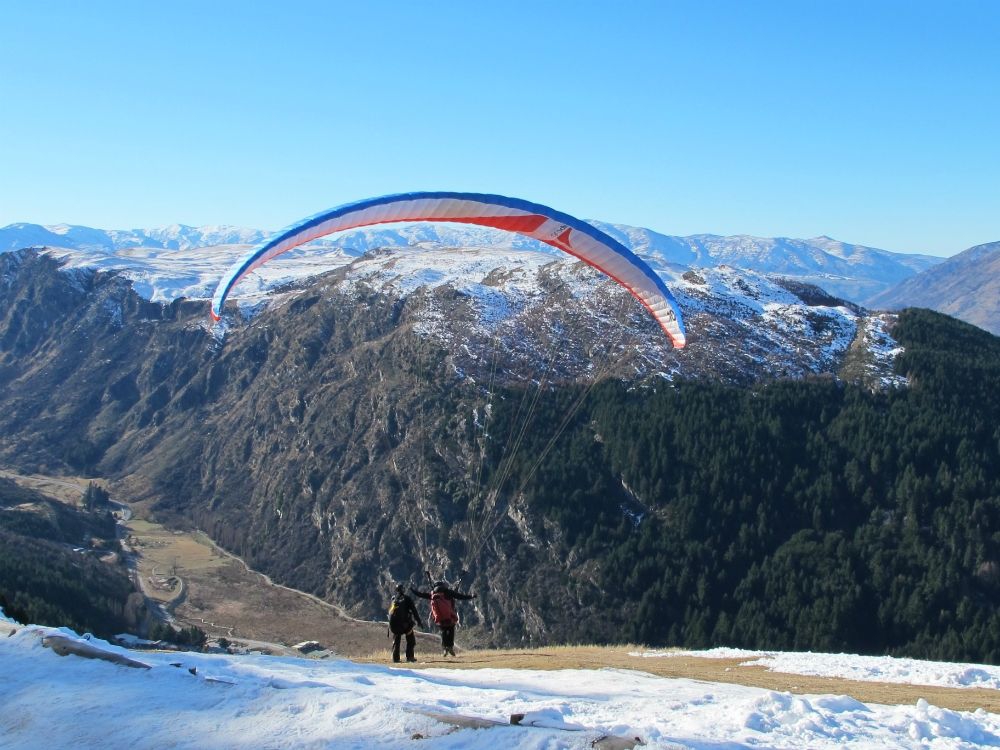 Queenstown helped to pioneer the arrival of paragliding and hang gliding in New Zealand and the greater Southern Hemisphere as a whole. When the sport first arrived in the region in late 1980s, locals here began using the iconic city Skyline Gondola as a gateway to the skies, and gradually, the various departure points on Bob's Peak became some of the most-celebrated hang gliding spots in the world.

Today, the proliferation of tandem gliding operators and paragliding schools in Queenstown means that no one has to miss out on the superlative beauty of the Wakatipu basin. Indeed, youngsters and retirees alike are now invited to strap on a harness and drift through this majestic enclave of South Island. Others will come to hone their craft on a Queenstown paragliding training course, and leave with the power of flight at their fingertips. 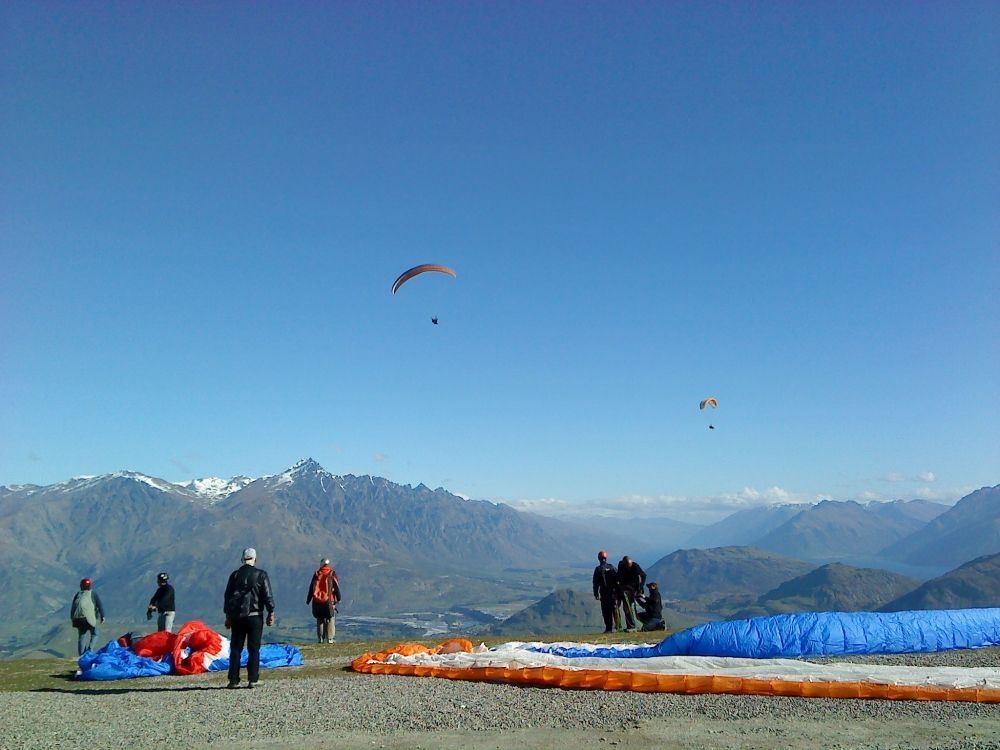 Where to find your wings:

Just imagine drifting through the clear, fresh air with the most incredible views of the soaring Remarkables Mountains, spying out the distant vineyards of Gibbston with the deep blue swathes of Lake Wakatipu beneath.  Well, in the town where any adventure goes, there are paragliding and hang gliding operators offering visitors a ticket into the skies.

Unquestionably one of the most experienced companies is Coronet Peak Tandem Paragliding and Hang gliding, which is run under the guiding hand of four-time New Zealand hang gliding champion, Angus Tapper.  Specialising in guided journeys from the altitudinous reaches of the Coronet Peak Mountain, these guys offer packages with average flight times of up to 15 minutes and whopping vertical descents of more than one kilometre.

In the winter, packages take gliders to the 5,400-foot heights of the Coronet Peak (using the winter sports chairlifts), while summertime sees the use of similarly lofty departure points for uninterrupted views of the Wakatipu basin and the rugged summits of the snow-tipped Southern Alps. Para and Hang Gliding combo flights can also be booked while for added convenience the company provides free return transport from Queenstown.

G-Force Paragliding is another of the town's established providers. Since the early 90s they've been taking intrepid types to the tip of the iconic Skyline Gondola for descents over the roofs of Queenstown itself; taking in the meandering banks of the lake, the rising foothills of the Remarkables, the dense forests of the Ben Lomond Scenic Reserve and the fir-clad reaches of Mount Crichton to the west. 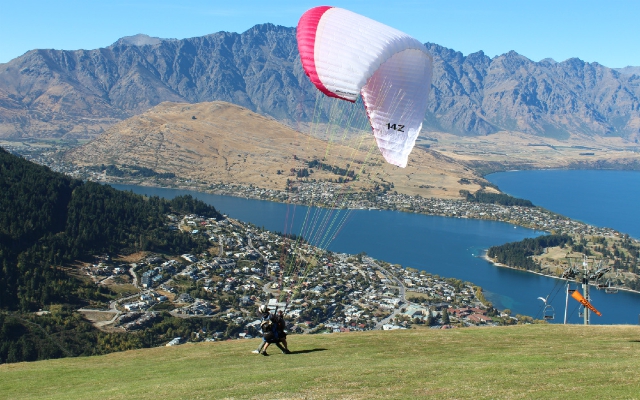 If you're unsure about strapping on your wings straight away, or would like to start working towards your own hang gliding licence so you can take to the skies at your heart's content, then be sure to check out Extreme Air - an acclaimed Queenstown Paragliding and Hang gliding school with more than 14 years of experience.

Create & Share your own Guide to Queenstown with friends and family!