Tell us what you're looking for...
Advertisment

Our guide to the gold mining history of Queenstown


Famous for its gold mining legacy, Queenstown was actually first settled a thousand or more years ago, by the Maori, who came to hunt the much sought after greenstone (pounamu); a jade-like mineral prevalent in the rocks and streams of the region. In the 1860s, the Europeans arrived, in the shape of Welshman, William Gilbert Rees (a cousin of the famous cricketer, WG Grace, and after whose sons the famous Walter and Cecil Peaks are named), and his fellow explorer, Nicholas von Tunzelman, who was of Russian descent.

Both men were searching for suitable farming land in which to start a community, but their pastoral lifestyle was short-lived, as soon as gold was found in the Arrow River in 1862 by two local Maoris, Rangiora Ellison and Hakaria Haeroa. Never one to miss an opportunity, Rees converted part of his farm into the Queen's Arms Hotel (now 'Eichardt's'), and prepared for an invasion of prospectors, who duly arrived and, by 1863, the entire length of the Shotover River between Queenstown and Arrowtown, was awash with miners. 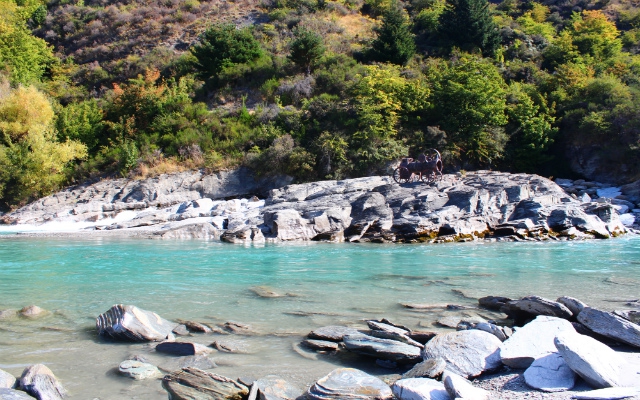 Originally called simply 'The Camp', no-one knows when the name 'Queenstown' was first used to define the settlement, but it's commonly thought that it came from someone suggesting that this now-thriving centre of industry would have been 'fit for Queen Victoria'.

At the height of its fame, the Shotover was the highest gold-producing river in the world – for every yard of gravel mined, 12oz of gold could be extracted; huge amounts, by any standard. The area was so lucrative, even the Chinese made it over to try their luck, and the site of the Arrowtown Chinese Settlement remains a big attraction today. Many of the original buildings which sprang up during this (literally) golden period, remain in Queenstown's main streets, especially Shotover Street and Camp Street. 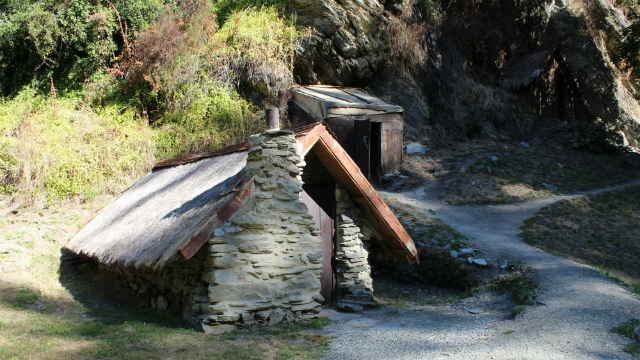 The pedestrianised Queenstown Mall might look all nice and modern, but hidden away are some Victorian gems, like Williams Cottage, the city's oldest building, dating from 1864, and which was, unbelievably, earmarked for demolition in the 1980s.

Take time to check out the other notable buildings, like the Coronation Bath House (1911) on the beach, the Historic Stone House (1874) on Hallenstein Street (built for the mayor) and also the Old Courthouse (1876) on Ballarat Street – the city's centre of justice right up until the 1990s, now a trendy bar and restaurant called 1876. 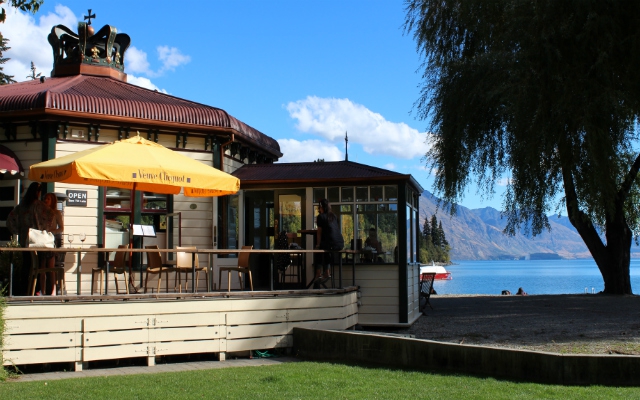 Proper roads didn't reach Queenstown until the 1930s (the river was always the primary way to get in and out), and a steamer cruising up and down Lake Wakatipu from Kingston would deposit traders and cargo at the quayside. Visitors today can still get a taste of early Queenstown life, by jumping aboard the TSS Earnslaw, which makes daily journeys across the water to Walter Peak High Country Farm, on the western side of the lake.

Train enthusiasts can also go down to Kingston and visit the Kingston Flyer (no longer operating) which used to connect this small settlement at the base of Lake Wakatipu, with Gore, near Invercargill. 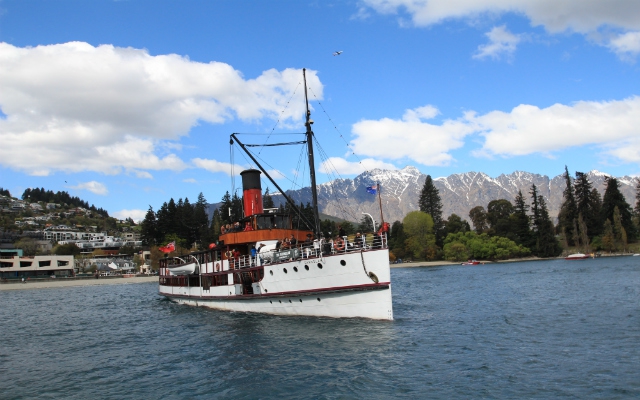 As Queenstown grew in size during the 20th century, the river became the natural focus of more adventurous activities, with AJ Hackett setting up his first commercial bungy jump in 1988. Today, Queenstown rightly enjoys its status as the 'Adventure Capital' of New Zealand, with everything from abseiling, jet boating, caving, skiing, parachuting, kayaking and white water rafting, taking advantage of the stunning natural landscape, fast waters and varying climate.

As befits such an active place, Queenstown attracts a youthful clientele, who enjoy not just the adrenaline-fuelled action sports, but the plethora of 'fun' bars, restaurants and nightclubs which permeate the CBD. And if he were still alive today, you just know that a certain Mr William Gilbert Rees, of Wales, would be cashing in somewhere, right in the middle of it.